Read more and see the nice pictures of the meeting! 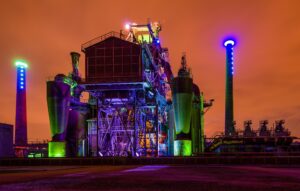 Servas Germany would like to invite you to a region which is still regarded as a secret tip. The Ruhr region located in North Rhine-Westphalia in the west of Germany, is about 60 km north-east of Cologne. (https://www.germany.travel/en/cities-culture/ruhr-area.html)

END_OF_DOCUMENT_TOKEN_TO_BE_REPLACED

Greetings from Israel. We hope this email finds you and your loved ones well and healthy.

Please forward and distribute this invitation to your national group members as soon as you can. Many thanks. 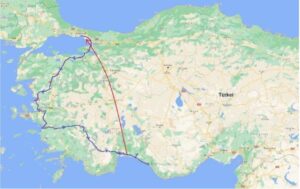 In January 2021, for her 13th birthday, my daughter received as a present a trip abroad.

Because of Covid, we had to postpone our trip several times, but finally we decided to travel in October 2021. We decided to go to Turkey, which was not too far from Germany, while at the same time offering the opportunity to meet a different culture.

We contacted some Servas hosts in Istanbul and Izmir and they kindly accepted to host us.

In Istanbul we stayed with a family with two daughters of a similar age to my daughter living in one of the calmer areas of the city, surrounded by chestnut forests. Over breakfast, we learnt a few Turkish words and they showed us how to cook ‘Menemen’, fried tomatoes, onions and peppers, mixed with scrambled eggs. We stayed with the family two days and on the second day tasted some local chestnuts and learnt how natural vinegar is made by putting apples into big jars and leaving the mixture to ferment over several months. We gave a German game called 6 Nimmt to the girls and played it as well as Heckmeck. Both games were new to them.

The next day, we met with a Servas day host and started out from Üsküdar with our car. Our host showed us around the Nakkaştepe national garden, with beautiful views over the Bosphorus, then Kuzguncuk, with its colourful houses. She showed us inside a famous book shop and some community gardens, then we sat down for some tea in one of the teahouses in Kuzguncuk’s main street. After that she helped us to buy and validate an ‘Istanbulkart’ in order to take the Marmaray train which links both sides of the Bosphorus. (The Bosporus is a strait which separates the European and Asian parts of Istanbul. It acts as a geographical boundary between Europe and Asia.editorial note). It turned out to be very complicated because we needed to get the card validated by the Covid health authorities as well, and it took us over one hour, going from one kiosk or office to the next. But we finally managed to get the card set up. Without our host it would have been impossible.

After leaving Istanbul we stayed with a host living near Izmir and we learnt about the history and culture of the ‘pearl of the Aegean’.

Our host gave us some tips to visit the city centre, where we saw its famous clock tower.

We also learnt that Izmir is considered quite a liberal city and has a vibrant student community. The next day our host showed us how to build a house made of mud bricks. He was making his own bricks using the clay available on his plot of land. In the evening we met for some drinks with the local Servas group (about 10-12 people including some families with teenagers) and talked about travel experiences, culture and various other topics.

After Izmir, we visited the famous city of Ephesus, which was one of the biggest cities in Mesopotamia in the Roman period, famous also for its Celsus Library and Augustus Gate.

After Epehsus we drove further South, stopped over in Pamukkale then arrived in Antalya on the Turkish riviera. In Antalya, another Servas day host, a friend of the host in Izmir, showed us around the old city.

We sat down for some drinks in the park and admired the beautiful blue bay and the mountains in the distance.

In the afternoon, we went to the beach together with one of our host’s friends from the Netherlands. In the evening, we met up again and went to some concerts organised as part of the ‘Old city festival’ and enjoyed Emir Ersoy and his band performing live. We then said bye-bye to our host after a really nice day spent together.

The next day we visited the famous ruins of Termessos in the mountains near Antalya, before completing our trip with a couple of days in Alanya and Side.