This summer our dream came true: a long round trip through Canada´s West.

We, that´s our German family of five with us parents and three kids (15,13,11 y.). Admittedly not an easy job to find a Servas-host. We are very easy-going, some space for our inflatables is enough, but the sheer number of our heads seems to discourage many. And the declaration “families welcome” seems to mean only tiny families…

So the very demoralizing search in our Servas-list started. However after a short time this very old fashioned version was too time-consuming and we tried to find hosts via the internet servas.org. 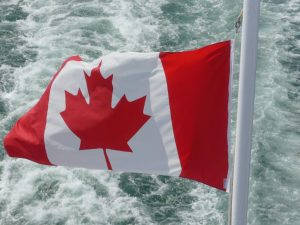 Here new difficulties appeared: nearly all members in British-Columbia had Vancouver as the next biggest town in their profile and were shown to live there instead of their correct addresses.  So, if mentioned, we had to google every single address in order to find out, where the potential hosts lived. Many members also seemed to be as old as Methusalah (born 1900…). It was a pity that we couldn´t filter the list (or we didn´t find how to), when the members where active with Servas for the last time. Only one lady had an up-to-date LOI in the internet. 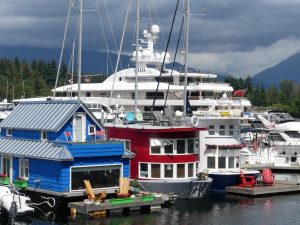 So we wrote for example twelve individual emails to hosts alone in Vancouver. Although we inquired two more times, three of them didn´t react at all, eight declined. One lady finally agreed to host us, although her house was renovated during our requested period of time. In addition the coordinator of one Servas-region invited us to live in a town outside Vancouver. 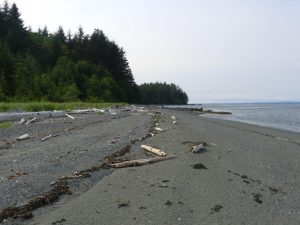 For the whole four-week-trip we had finally booked eight nights in hostels, ten in our tent, five with Couchsurfers and five with Servas-hosts.

Our adventure started in May 2019 with our 15-year-old son travelling to a befriended family in Vancouver Island, who had invited him and where he stayed six weeks and visited school. Then I joined him, the guest-family left for Europe, and the two of us travelled through south Vancouver Island. The most surprising experience was Linda, a warmhearted assistant in a tourist-office: when she heard, that all the campgrounds were fully booked, she spontaneously invited mother and son to spend two nights in her house. Her son had moved out and his room was free. We got along wonderfully and cooked together.  We had so much fun, that Linda and her husband showed us many places of interest from botanical garden to ice cream parlor, they nearly adopted us in their family and we are still in contact. 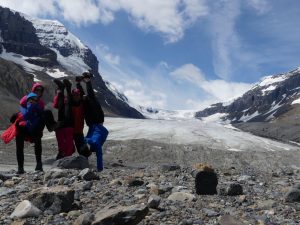 Then the German summer vacations started and the rest of our family arrived in Canada. The five of us started together and we explored the beauties of nature on Vancouver Island. After that we sailed with the inland-passage from Port Hardy to Prince Rupert. Nearby we were hosted by an indigenous Couchsurfer-family. They  gave us an incredible insight in the different opinions of white and indigenous people and changed our way of seeing different things completely. They also took us on a private bear-safari and we spent unforgettable days with this kind family.

Our further trip lead us through the Rocky Mountains with Jasper, Mount Robson PP and Wells Grey PP to the suburbs of Vancouver, where a very nice Servas-couple welcomed us. They had cleared two rooms in their nice little house, where we could sleep. She was of French-origin, he a passionate ornithologist and had enormous knowledge about everything which flew in and over the backyard. We grilled, made music together, went on a hiking trip and were very comfortable with each other. 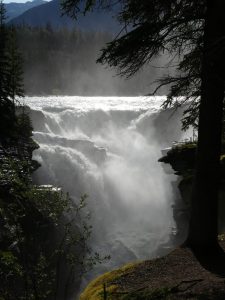 The last days of our dreamtime we spent in Vancouver. Also here a friendly Servas-family outside downtown hosted us. The wonderful calm neighbourhood, common cooking and many conversations were perfect after busy days in the city.

Another icing on the cake was our meeting with Mary: she was dayhost and lived right downtown in an exquisite multi-story building with many windows looking on the sea. To see her apartment from inside and to hear her impressions about living downtown completed our view of living in Vancouver.

All things considered we spent an interesting and multifaceted time with the most various people. We got in touch with them via the Canadian guest-family, their neighbours and reading-club, a teacher and the Couchsurfer- and Servas-Hosts. In addition we were very lucky in watching wild animals (bears, eagles, orcas, moose, etc.) and enjoyed the beauty of nature with rainforests, seaside, lakes, rivers, glaciers and mountains. 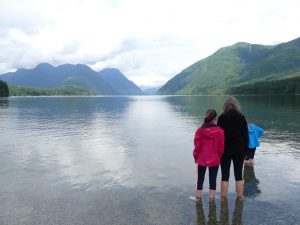 When you ask what we liked best, in this trip it have been those many personal contacts to Canadian people. The various experiences and discussions with indigenous people, Franco-Canadians and Canadians of European descent left deep and long impressions with us and our kids.

You Canadians were so nice and cool ☺.  We hope to welcome you here sometimes!